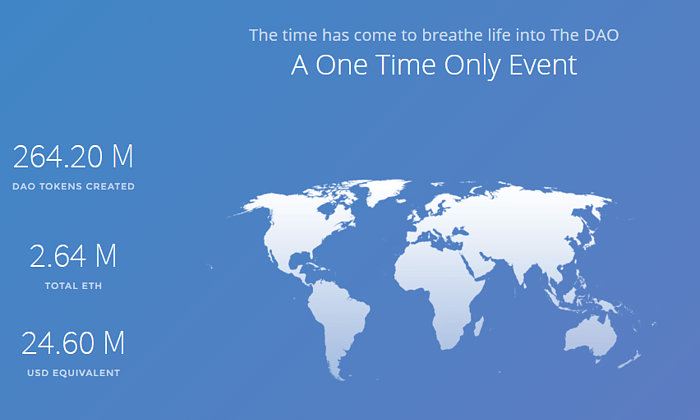 A Decentralized autonomous organizations (“DAO”) is a new type of organization, best comparable to a digital company, but without an attached legal entity. Made from irrefutable computer code, it is operated entirely by its community

Essentially, it’s a non-human specific entity, who’s sole duty is to abide by a specific programmatic set of rules; or by the rules granted to it by decentralized consensus (majority decides what to do in a distributed manner).

So far, all contracts we listed were owned and executed by other accounts probably held by humans. But there is no discrimination against robots or humans in the Ethereum ecosystem and contracts can create arbitrary actions like any other account would. Contracts can own tokens, participate in crowdsales, and even be voting members of other contracts.

“On the Blockchain, no one knows you’re a fridge” - Richard Brown

What is a DAO token

A DAO leverages smart contracts on the Ethereum blockchain so that anyone, anywhere in the world can be empowered to participate. In exchange for their early help, participants receive DAO tokens which hold many benefits.

The code of a given DAO will be difficult to alter once the system is up and running, including bug fixes that would be trivial in centralised code. Corrections for a DAO would require writing new code and agreement to migrate all the funds. Although the code is visible to all, it is hard to repair, thus leaving known security holes open to exploitation unless a moratorium is called to enable bug fixing. wiki

Then there is The DAO

The DAO’s Mission: To blaze a new path in business organization for the betterment of its members, existing simultaneously nowhere and everywhere and operating solely with the steadfast iron will of unstoppable code. daohub.org 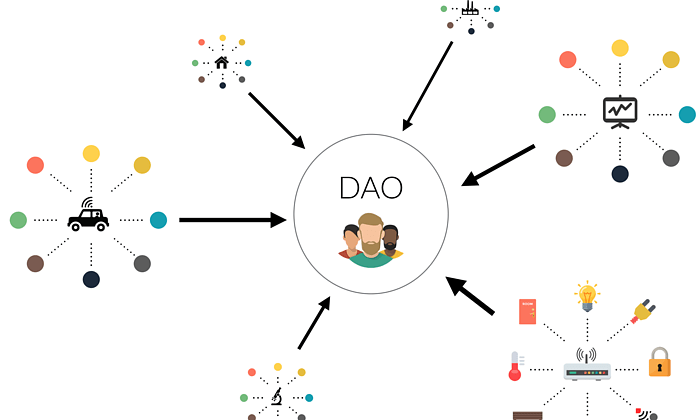 The Mother of all DAOs
DAOs will be at the center of many economies going forward and intend to be at the forefront of supporting innovative and promising projects, products and services in order to become ‘The DAO’: A flexible decentralized autonomous organization leveraging the wisdom of the crowds to benefit the DAO Token Holders.