The concept of mineable token is entirely different from mintable tokens. 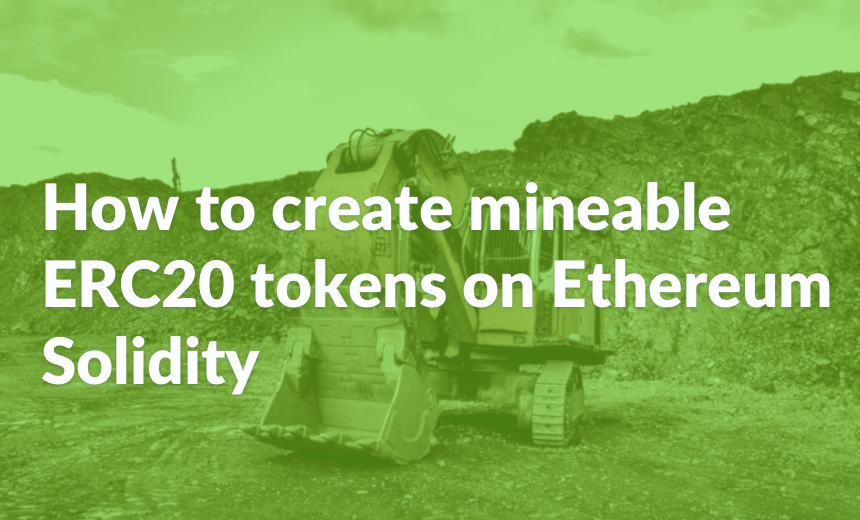 What is a mineable token? Mining if the process of creating new tokens(achieving consensus on some data), similar to minting in fiat currency, however unlike fiat here in cryptocurrency we have mathematically provable methods.

Some major consensus algorithms are and not limited to,

Difference between mineable and minted tokens

Mineable tokens are tokens which can be created or minted based some activity. This so called activity can be anything, i.e, It can be as crazy as taking a picture of your cat and add it to the transaction data, depending upon the insanity level of the token programmer/team. Mintable tokens are also a way of creating tokens where you dont have to wait for some activity, you as the contract creator can create a token whenever you want.

There are 2 major approaches when we do a mineable token

There are some ways to tie your coin supply to a mathematical formula. One of the simplest ways would be to make it a “merged mining” with ether, meaning that anyone who finds a block on ethereum would also get a reward from your coin, given that anyone calls the reward function on that block. You can do it using the special keyword coinbase that refers to the miner who finds the block.

It’s also possible to add a mathematical formula, so that anyone who can do math can win a reward. On this next example you have to calculate the cubic root of the current challenge gets a point and the right to set the next challenge:

While calculating cubic roots can be hard for someone to do on their heads, they are very easy with a calculator, so this game could be easily broken by a computer. Also since the last winner can choose the next challenge, they could pick something they know and therefore would not be a very fair game to other players. There are tasks that are easy for humans but hard for computers but they are usually very hard to code in simple scripts like these. Instead a fairer system should be one that is very hard for a computer to do, but isn’t very hard for a computer to verify. A great candidate would be to create a hash challenge where the challenger has to generate hashes from multiple numbers until they find one that is lower than a given difficulty.

But if you like Hashing as a form of random issuance of coins, you can still create your own ethereum based currency that has a proof of work issuance:

This process of trying to find the number that will give you a reward is what is called mining: if difficulty rises it can be very hard to find a lucky number, but it will always be easy to verify that you found one.

Talk to one of our blockchain consultant.